Coming Up for Air

Sunday night, I tied up my sneakers and called my younger son to hurry up for drum lessons: “Come on, Dallas, we gotta go!”

Strange? Yeah. Because Dallas isn’t my kid’s name. Nor is it the name of my older son, my husband, dog, cat, nephew, neighbour, or anybody else I talk to regularly and might mix up in my mind when I’m calling out in a hurry. No. Dallas is the best friend of my new novel’s protagonist. He’s not even alive.

Maybe I’ve been working too hard? (On the novel, that is. I’m two days late on a paid contract, my house is a mess, and there are trays of plants wilting beside a flower bed I haven’t finished digging, so I’m obviously not working too hard in general. I’m in my pyjamas at 8:00 a.m. as I type this.)

Maybe I’m stuck in the head of my 14-year-old protagonist and I’ll go through my forties pulling pranks, playing football, and painting graffiti? Actually, that sounds awesome. (Except the pranks–they’re mean. And the football–I’m delicate. And the graffiti–spraypaint gets in my lungs.) Okay, no risk there. I’m comfortably middle-aged. (I’ll just read a book about Banksy. He’s awesome.)

Whatever the problem, it’s a good thing I’m almost done the novel. (Again–and I mean it this time. I’m polishing the last 30 pages and passing on the first 50 to a friend for review before sending it to my editor.)

I’ve been neglecting my real children in favour of fictional ones. I used to listen to little Dallas’s drums; now I sit outside the lessons and edit a chapter with the din in the background. The teacher occasionally drags me in to show me something and I say, “Oh yeah, that’s great, honey.” (“Honey” is a good name for every occasion.)

I wrote “Dallas” on purpose in that last paragraph. My youngest son is Daimon, the name of ancient Greek spirits, including muses.

Daimon didn’t mind when I called him Dallas. He’s happy to inspire. 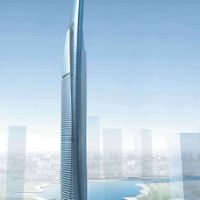