Friday Fable: The Writer and her Publicist

You may know the old story of The Moon and her Mother:

The moon once asked her mother to make her a cloak.

Her mother snorted. “How can I make a cloak to fit you when you’re always changing from a new moon to a full moon to everything in between?”

The moon burst into tears and hung there, cloak-less, while her mother walked away rolling her eyes.

And the moral is: Some people are hard to get a fix on.

Aside: That is not such a good old tale. First there’s the cloak issue: aren’t they one-size-fits-all? Isn’t that a cloak’s defining characteristic, the one thing that makes a cloak different from all other types of clothing? It just hangs there – if you have shoulders, it’ll fit.

Then there’s the mother issue: moons don’t have moms. If they did, they’d be rocks – not the go-to guy when you need a cloak. And they’d know that the moon doesn’t actually change, she’s just in shadow, so a cloak would fit just fine. (Like duh, no wonder the moon cries. This fable needs a new moral about how parents never see children for who they really are.)

I think we can all agree that Aesop was not at his best with this one. He should have made this fable about a frog or a butterfly instead of a moon and a dress instead of a cloak. Then it would make perfect sense. Ish. And it would be a lot more fun for illustrators. (In the kazillion editions of Aesop’s Fables that I’ve read, this one is never chosen for illustration. A caterpillar and a shimmery dress would change all that.) But we can’t change history and I’m sticking with my schtick. So…

That is a good old tale (not), but if Aesop were a modern slave to the written word, he might have called his fable, The Writer and her Publicist:

A writer published a couple of middle-grade comedies and everywhere the writer went people said, “Your book is so funny, my kids just loved it.”

The writer’s publicist was so pleased with the recent reviews, she asked, “Is there something you’re working on now that we could tie the book into to get readers excited for your next one?” To which the writer replied, “I’m working on a collection of short fiction for adults about domestic violence.”

The publicist frowned. “That’s not really suited to our audience. Is there something for young readers in the works?” The writer nodded. “I’ve got a draft of a horror novel about this kid who rescues an orphaned wolf that turns out to be evil and the boy gets possessed and starts killing people at the wolf’s command.”

“Hmm. Not what you’d call a comedy,” the publicist muttered. “Anything else?” “You bet,” the writer said. “I have a picture book about farm animals who go on an adventure to the beach.”

“Always a crowd-pleaser in grade 6,” the publicist said. The writer smiled. “I also have a teen romance, two non-fiction picture books, an easy reader about a mosquito who faints at the sight of blood, and a memoir of my travels through the back yard which I think is pretty funny.”

The publicist sighed. “How can we build your platform when you’re always changing genres?” The writer knew better than to say, “I don’t need a platform. I’m afraid of heights, actually.” She just shrugged and hung around, brand-less.

And the moral is: Some authors are hard to get a fix on.

For all the writers who like to try new things and shudder when branding comes up in conversation, and for all the editors and publicists who are stuck with the job of marketing us, that’s my Friday Fable.

To all the readers who’ve asked if I have another comedy on the way, I will definitely return to that genre eventually (after a phase or two). For now, here’s a link to a review of my new middle-grade comedy, 28 Tricks for a Fearless Grade 6, from today’s issue of CM Magazine. Have a great weekend.

(Picture credits: The moons are from FreeDigitalPhotos.net: the phase montage is by “vectorolie” and the howling wolf is by “nixphotography.” The cloaks are modelled for sale on the website of Half Moon, a shop that specializes in wool cloaks, capes, and ponchos – and they don’t ask your size.)

4 Comments on “Friday Fable: The Writer and her Publicist” 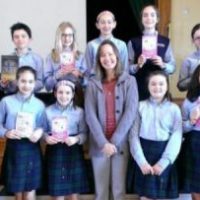 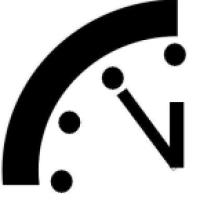