My husband told me I had to let it go. I had to stop muttering at the TV whenever I see a trailer for the movie, Lucy (which is based on the idiotic myth that humans only use 10% of our brains – I’m not even going to link to any of the thousand articles that set this myth straight because it has been years and years since the fallacy was trashed and it’s too dumb to respectfully address). But I’m having trouble letting go, as is perhaps evident.

I don’t know why it bothers me so much. Last Friday I happily went out to watch talking apes on horseback, and tonight I’m seriously considering checking out Dwayne Johnson wearing a lion’s head fighting hydras. So why does Lucy strike me as intolerably stupid?

Really, I would love to believe that there’s 90% of awesome I haven’t accessed in my skull. I want to take the Limitless pill and finish all my books in a weekend. I’ve always wanted to astral project. And telekinesis would be nice – I’d use my power for good instead of evil, I swear.

But none of that is going to happen. This is pretty much all I’ll ever be. I’m not working on 10% here – it’s taken all my reserves just to get this far.

I suspect – although the memory is hiding in the dimly lit portions of my brain – that I used to believe in the 10% myth. I probably hoped – and secretly felt it was a sure thing – that one day I’d unlock the rest of my intelligence (of which I’d had glimmers) and become a superhero or at least finish my books a lot faster. And now the reminder that such belief still exists just bugs the hell out of me.

I’m a curmudgeon, that’s all, stomping on the innocence of the ten-percenters, denying them their dreams of potential.

Who wants to be a curmudgeon? Not me. Not one moment longer.

I”m letting it go. Bring on the next trailer. I won’t mutter a single word. Instead I’ll shout, Go, Lucy!  Unlock it all! Take command of those brain cells, harness your chi, and you go, girl! For all of us who once believed! Learn that second language!

(Unless a friend calls up and asks because, really, I could be persuaded if there’s popcorn involved.) 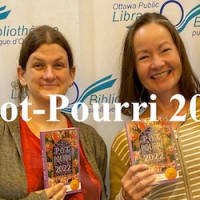