You may know the old story, “Belling the Cat:”

One day the house mice grew sick and tired of losing their loved ones to the house cat, so they held a council to discuss the problem. Some said this and some said that, and eventually a young mouse rose to its hind feet and shouted:

“The solution is simple! The real problem isn’t that the cat is faster than us; it’s that she sneaks up on us so silently. Right?” Everyone agreed. “If we had some warning of her approach, we could flee in time, right?”

All the other mice nodded their heads. “So what I propose,” the young mouse continued, “is that we take a small bell, thread a ribbon through it, and tie it around the cat’s neck. Then we’ll hear the bell tinkle every time the cat moves.”

Oh my goodness, there was great cheering in response to that clever idea. Everyone was on their feet nodding and clapping and slapping the young mouse’s back. Their spirits were uplifted and they could almost taste the days of freedom and longevity ahead of them.

Then an old mouse stood upon a spool of thread and waved his cane around until he got everyone’s attention. “That is a fine idea,” the old mouse said. “But who is going to bell the cat?”

At that, nobody spoke, nobody nodded, and nobody felt so cheerful anymore. The young mouse muttered something about wet blankets and the crowd soon dispersed.

And the moral is: It’s easy to propose impossible remedies.

That is a fine old tale (and probably one that Aesop didn’t make up himself, but since it’s often included in his collections, I’m running with it), but if Aesop were a modern slave to the written word, he might have called his tale, “Belling Oprah:” 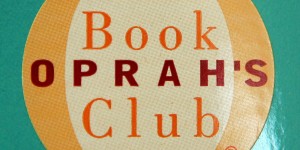 One day a writer went to a family gathering where everyone asked about his advances and royalties and copies sold, and he ended up letting it slip that his recent award-winning collection of short fiction had netted him the equivalent of 12 cents an hour. “I guess I should promote my books more,” he said sadly.

His family had many ideas about how to do that. Some said blog tours and bookstore signings, and some said Facebook pages and Goodreads giveaways (all of which the writer had already done), and eventually one young niece, who happened to be working on her own first novel, stood up and announced:

“The solution is simple. The problem isn’t the quality of your book; the problem is that readers can’t find your wonderful book because it’s lost in a sea of new releases. Right?” Everyone agreed. “If you could get people to hear about your book, they’d all read it and love it and buy it for their friends, right?”

All the other family members nodded their heads. “So what I propose,” the young niece continued, “is that you send your book to Oprah and have her include it in her book club. Then millions of people will hear about it and they’ll all love it and it’ll become a best-seller.”

Oh my goodness, there was great cheering in response to that clever idea. Everyone was on their feet nodding and clapping and slapping the young niece’s back. Their spirits were uplifted and they could almost taste the days of fame and fortune ahead. 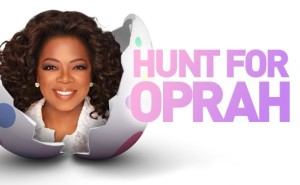 Then the writer stood up and waved his pen around until he got everyone’s attention. “That is a fine idea,” he said. “But who’s going to convince Oprah to add it to her book club?”

At that, nobody spoke, nobody nodded, and nobody felt so cheerful anymore. The niece muttered something about “well maybe you could get Disney to make a movie of it,” and the crowd soon began talking about Aunt Daisy’s new quilt.

And the moral is: Do you really think it’s that easy?

It used to be that getting published was the hard part of writing (after the writing itself, of course). Now the hard part is getting noticed among the thousands of novels published every week. (Yeah, thousands every week. Maybe every day. I don’t know the latest stats.) It sure would be nice if Oprah could lift your book out of the crowd. But, alas, that woman has a lot of books on her plate.

So cherish the creative process, because who knows how your book will fare in the marketplace. And keep in mind that things could be worse: we could be mice, getting tormented and eaten by cats. (But looking on the bright side is another fable for another Friday.)

Have a great weekend.